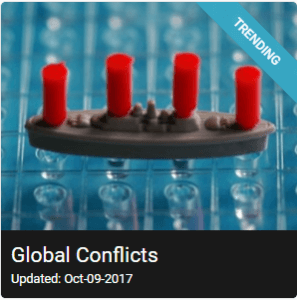 What if North Korea and South Korea fall back into armed conflict as a result of aggression by the new leader Kim Jong Un’s regime?

A real conflict in Korea would impact the Asian region as investors shunned risk throughout northern Asia. A serious conflict would result in the collapse of the North Korean regime, resulting in a potential intervention by China and the United States. The conflict would likely end quickly, but could result in significant damage to S. Korea’s economy and world trade.